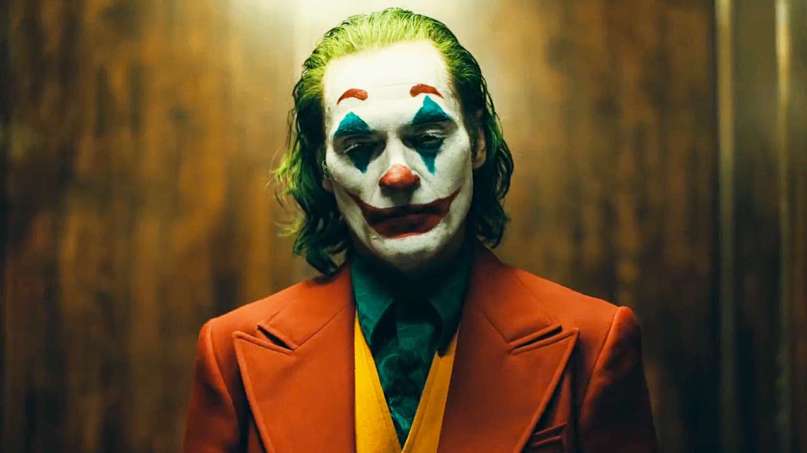 I am just back from watching Joker in the cinema and thought I’d share a few ideas I had while I was watching it.  This is one of the first films I’ve gone to see with a level of professional curiosity and twitter had whet my appetite by telling me it gave the message that people with mental illness  were dangerous.

Before we start I’m going to warn you that after this paragraph, while I won’t go into detail of the plot, there are bound to be things that will spoil some elements of the film if you haven’t seen it.  I’ll add that I thought it was very good.  Gripping, well acted and with a powerful message.  Go see it to make up your own mind then have a look at how much you disagree with what I’ve written below.

** Warnings for spoilers, violence and abuse

So we’re going to take the line that was in my head when I went to the cinema about people with mental illness being dangerous.  Throughout the film there’s a few references to mental illness.  The ones that spring to mind are Arthur (Jokers name before his name is Joker)  asking for more medication because he feels terrible all of the time.  There is another reference to having stopped taking medication and two episodes of Arthur slightly losing contact with reality.  In one he imagines being recognised, understood and hugged by someone he has admired for years.  In another he imagines someone he is attracted to liking and supporting him.  There’s a reference to him having been detained in hospital with no explanation as to why.  If you got the Diagnostic and Statistical Manual out you could probably pathologise these and I’m sure the film deliberately uses them to place Arthur in the ‘mentally ill’ bracket.  What was important for me was that none of these seemed to have any impact on the violent, antisocial and sadistic behaviour that happens later in the film.

What does bring out the descent into violence is far better explained by the question “What happened to you?”.  We learn of Arthur being at least physically abused and neglected while a child.  This led to his mothers detention in a psychiatric hospital.  While there she says how he was always happy.  I got the impression that regardless of how Arthur had felt, his mother had pushed him to show happiness and joy.  Arthur has a neurological condition that means he laughs inappropriately, often when under stress.  I wasn’t sure if this had always been there or whether it was a result of brain damage from his physical abuse.  Either way, from a young age he was given the message that he was worthless and unworthy of protection – merely a thing to be tied up and beaten.  Arthur is told that others find him creepy and even without the psychological damage caused by his upbringing, we can picture how manic laughter under stress would be like painting a target on your back in school.

Fast forward 30 years and we see Arthur working as a clown.  We see him humiliated and beaten again.  We see the people who are supposed to help him abandon him and we see a number of public humiliations as he reaches out to connect with others.  He doesn’t know how to fit in.  He is given a gun by someone who hears of his first beating.  When he finds himself being powerless and beaten again, it is shocking but not surprising when he turns to violence.  The next few scenes imply that Arthur is for once experiencing something like control.   While it’s mixed with fear it’s clear that someone who seems to have had a life being hurt by either others or himself, has found a way to feel powerful.  Over the next few scenes we find Arthur struggling to work out who he is, being betrayed by the only person he thought loved him and being set up for for his most public humiliation yet.  During this time Arthur learns what many people that I have worked with have learned – that power over others can temporarily rid the body of intolerable feelings of being vulnerable and humiliated.  It seems that this is a factor in Arthur choosing not to end his life as he planned, but to attack the person who had arranged his public disgrace.  As his violence increases Arthur finds an acceptance and approval that he never experienced during his times of trying to make people happy.  Every horrific act in the film can be understood by looking at not what was wrong with him, but what happened to him.

One of the most powerful lines in the film is:

“What do you get when you cross a mentally ill loner with a society that abandons him and treats him like trash?

You get what you fucking deserve”

I’ve read criticism of this because it draws a parallel between mental illness and violence.  I’m arguing that mental illness has absolutely nothing to do with it.  None of his actions are based on any mental illness.  It would be better to swap ‘mentally ill loner’ with ‘person who has been hurt by people who should care”.  It doesn’t sound as good to the ear, but it conveys the overall message of the film better.

Time to get the red flag out and get political.  The film makes an effort to portray society as corrupt.  Nobody helps anyone else.  There is rubbish everywhere.  Vermin roam unchallenged.  The poor are dismissed and unimportant.  Those who are interested in the poor are dismissed and unimportant.  There is only interest in those who are rich.  Obviously such a society could never exist today….or maybe it could.  This film is set in America which is the ultimate embodiment of a capitalist society, where even a self confessed sexual predator can get himself elected president seemingly on the back of being a billionaire celebrity.  The gap between rich and poor is accelerating in most western societies and in a system where people are expected to be poor, powerless and humiliated day by day, it shouldn’t surprise us that people seek power in ways we do not approve of.  As of October 1st 2019 there had been at least 21 mass shootings with at least 124 dead in the USA this year alone.  Somehow this has become an acceptable part of society which although disapproved of, seemingly cannot be addressed.

There has been a lot of disquiet about Joker.  I’ve heard that it might incite violence and I think that it could.  In the same way that Catcher in the Rye and the 120 Days of Sodom were associated with horrific acts, I don’t think it’s beyond the realms of possibility that someone who was on the brink anyway could see this film and decide to ignite a similar blaze of glory.  The film even parodies the voyeuristic news coverage that inspires the next intake of mass killers.  To watch this film and worry about the response of individuals is to totally miss the point.  We need to look outside the cinema to the world around us.  If we support a society with massive inequalities, if we condemn people to poverty based on the lottery of their birth, if we leave children to be neglected, if we tell people to seek help when there is none available and all the time we push the idea that the only thing of value is money – then we will get what we deserve.  The president of the United States has told us that people who commit mass killings are mentally ill.  This film suggests it has nothing to do with mental illness and  everything to do with the products of humiliation, poverty and injustice.

Keir is a Lead Therapist in an NHS Specialist Service and provides training, consultation and therapy around complex mental health problems through beamconsultancy.co.uk